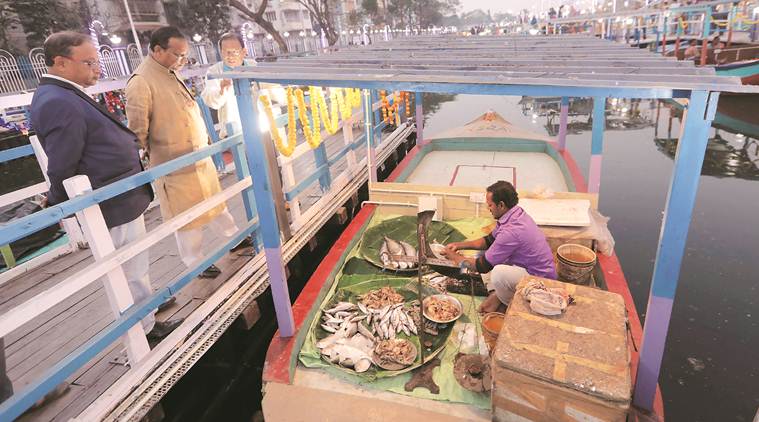 Kolkata again has added another feather in its crown, Floating market; the 1st in Eastern India and the 3rd in Asia. The market is situated in the water body on Eastern Metropolitan Bypass.  The market has already opened on 24th January 2018. The local councilor Arup Bhattacharya who initiated the biggest project in the city said that this is the next tourist attraction in the city. The market has 200 shops as the floating boats, the shops are owned by the vendors who got evicted from the sides of the E. M. Bypass due to road widening project. 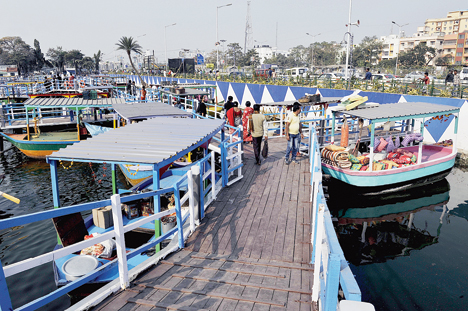 The floating market idea is already there in Bangkok or in other south-east Asian countries, and the one we see in Dal Lake is unorganized and the vendors approach the tourists to buy stuff. This market at Patuli would have the shops on the water as the boats and the customers will reach there by walking on the pathways made on the water body. The boats will be on either side of the paths. The walking paths have ports to park the boats on either side. The market area is lighted and decorated in a very nice way, they have a few very impressive sculptures and statues that are really life like and already are very popular.

The water body is of 250 mts long and 60 mts wide. The entry to the market would be free, and the people are expecting a hike in the tourism account through this.The market is open for public and it’s a good place to visit. But there are some negative point is that the water is full of garbage and it stinks too and that can be a reason for loosing the attraction.