The King of Bollywood. Shah Rukh Khan. The heartthrob for Indian and International people for over 20 years. Starting off as a daily soap actor SRK was a newcomer in the land of the movies. He is a self-made man. Starting off with Deewana in 1992 till Jab Harry Met Sejal on 2017 he has been the apple of our heart and the ultimate eye candy for India. He’s 52 and still is the most popular romantic hero in the whole country and outside. He ruled the screens in 90’s as the biggest romantic hero in India and somehow still does; and that’s the aura of The King. He also introduced a new style, new fashion, and new everything. Whatever he did become the trend for Indian Youth. This has been unchanged till date, From Rahul to Raj, from Kabir to Jahangir he is the ultimate hero of the silver screen in India.

In the 90’s it was the time of SRK, With Yash Chopda and great music, the Hindi Film Industry was  thriving. And the crowned king of the wonderland of Mumbai was SRK. Here are 10 best Typical SRK moments from 90’s that you can never forget.

10.The Mustard Field Moment of DDLJ 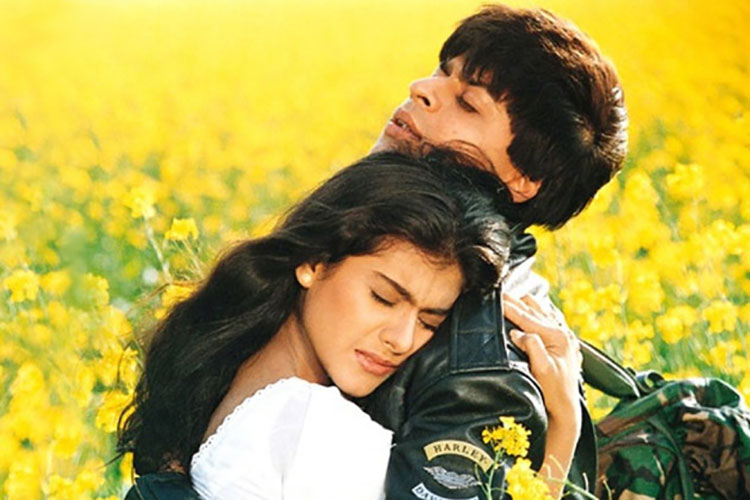 Who can forget the immense love of Raj and Simran and him coming down to India to win his lady love? And the moment when distressed Simran heard the sound of the tune that Raj played. Then that crazy run towards her man of dreams and falling into each other’s arms in that yellow mushy field. We all 90’s girls you can’t say no to that man can you?

Darr, the movie that gave us the man of our heart. Even being in a negative character SRK stole our hearts. The dreaded voice and the shaky fumbling talk is still fresh in our memory. That moment when Rahul was desperate to win back the love of his life. It is an iconic SRK moment from 90’s.