Diego Armando Maradona the Magician of Football, the Argentine player who is a legend on the field. It’s his 57th birthday. Born on 30th October 1960 at Lanus in Buenos Aires, Maradona played football for 18 years of his life. He was such a good player that his mates used to say that the ball seemed to be tied with his shoes. He was legendary in the fields and in his personal life as well, Cheating, Drug Abuse, Health Issues; his life was nothing less than a movie script. Here are some unknown facts of this legendary actor’s life that you want to know- 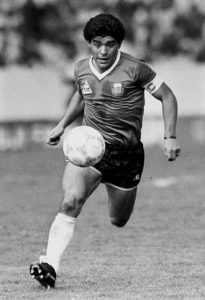 No matter how low his life went this legendary player always kept his hopes high and lived a life that is as legendary as his name on the fields. Here’s the greatest footballer of all time. Let’s wish more power and good health for him.